This opinion has been written based on the contents of this report, and interviews held with people at Yokohama Rubber. 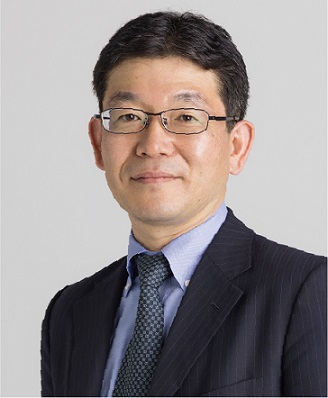 He joined the Development Bank of Japan in 1989. Prior to assuming his current position, he served as the Chief Representative in Frankfurt, Germany, as General Manager of the Environmental Initiative & Corporate Social Responsibility-Support Department, and as an Executive Officer.
He has held a number of government positions, including as temporary member of the Central Environmental Council of the Ministry of the Environment.

In brief, CSR Report 2021 is characterized by being greatly organized as a medium for disclosing non-financial information by focusing on the new medium-term management plan, Yokohama Transformation 2023 (YX2023). As a result, while maintaining its function as a bridge to convey the essence of the Group’s CSR activities to a broad audience and to guide readers wanting to know more about the Group to detailed information online, this report is about to communicate a message to readers about the Group’s value creation story by itself. This development is clear when contrasted with last year’s report, which I also evaluated.

The biggest change is the integration of the new YX2023 medium-term management plan. First, the Message from the President clearly indicates the direction of the new medium-term management plan, especially the concept of “deepening existing businesses and exploring market changes” to create new value. On the following pages, the new medium-term management plan is expanded into five important issues and combined with a growth scenario through resolving social issues. While the previous report only listed the awareness of risks and opportunities in sustainability management, they now are integrated into the medium-term management plan and have a clear story. A straightforward example of this is the rearrangement of the important issues. The company has placed Products at the beginning, and also has increased the size by incorporating product information. In order to respond to the major changes symbolized by CASE and MaaS, the strategy of adding value in the consumer tires business and pursuing a new profit model in the commercial tires business is a concrete and easy-to-understand example of the philosophy of “Business Creation and Business Maintenance,” which aims to deepen existing businesses and explore market changes, or to balance offensive and defensive positions.

The second thing that I noticed was the newly added “Value to be created" item at the beginning of each page for the five important issues, which describes the value (outcome) that the company provides to society through its business. After reviewing last year’s content and asking that consideration be given, I was extremely pleased by the impression that the integration of business and social value has progressed in response to the logic of ESG investment that requires the synchronization of social issue resolution with growth strategies.

In addition, I also highly appreciate the inclusion of SDGs contributions on each page of the important issues and comments from concerned parties as a way to reflect the perspectives of stakeholders.

The consolidation of business and social issues can also be seen in the content for each of the important issues. For example, in “The Earth,” while the previous report focused on the risks of sustainable natural rubber sourcing, this year’s report introduces both the risks and opportunities under the larger concept of carbon neutrality and a circular economy. In particular, I was highly impressed by the fact that the report clearly indicated the quantitative target of increasing the use of renewable raw materials to at least 30% by 2030, and also mentioned a new technology to produce butadiene from biomass as a concrete measure to achieve this, which shined a light on the company’s innovation.

I would like to salute your efforts to considerably increase the functionality of this communication tool without greatly changing the size. Moreover, I also would like to share a few areas that I hope will be further improved in the future.

The first is the disclosure of medium to long-term targets (vision). Considering the long-term perspective which is often taken by the Group, as symbolized by the value creation scenario being set with the major changes in the automotive industry for the transition to a carbon-free society and the statement “looking ahead to the next 100 years,” I believe that this is the best time to present specific long-term targets and a vision. On top of that, it is also essential to present medium-term target levels as a basis to self-evaluate recent performance data. Regarding this point, I think it would be effective to utilize the TCFD framework mentioned in the Message from the President to consider the direction of the convergence of non-financial disclosure rules expected to be developed in the future. For example, the message about the long-term sustainability of the business model will be strengthened by organizing and disclosing much of the information contained in the memorable “Products” section as risks and opportunities in each segment utilizing the TCFD framework.

In addition, it would be better if the relationship between the five important themes is elaborated further. The five of them can be divided into “Product,” which shows a direct view of the business (value creation), and the remaining four that could be considered the supporting foundation. Lining up the four elements that support the business, namely the environment, people, community, and corporate governance, I feel that what needs to be mentioned will naturally come to light. The Environment section, which was revised in this report, was very convincing from this perspective. I hope that information about human capital and communities (emphasizing global diversity) will similarly be described in more detail as well.

While the level of what is requested has been raised because of the vast improvements, I look forward to seeing further changes that will continue to deepen the understanding of readers. 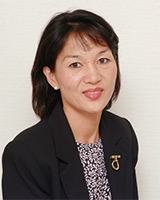 Appassionata was established in 2000 to promote work-life balance and diversity.
Appassionata has supported many companies with human resources development and awareness reform by addressing areas such as unconscious prejudice, diversity, and telework (working from home).

Four years have passed since the launch of the Diversity Promotion Task Force, and great progress has been made during that time to improve the level of activities based on the company’s basic policy of “positioning ourselves as a company that welcomes diverse workstyles and that people will want to continue working at over the long term.”

At the start of 2016, the company conducted employee opinion surveys, and interviews with all female employees, senior caregivers and managers. They listened to the opinions of employees to better understand the current situation and issues, and labor and management collaborated to develop a system that met those needs. The company has responded to the diversifying needs of employees by expanding systems that make it easier for employees to work long hours based on their needs, such as the abolition of the core time period of the flextime system, the acquisition of hourly paid leave, the expansion of the applicable scope of staggered working hours, and the establishment of childcare and senior care consultation services. Doing this creates a culture that accepts diverse values. These measures are not only for women, childcare and caregivers, but also for people with disabilities and the LGBTQ community, and are being promoted to also include men, to create a culture where everyone can recognize, respect and work together, and to support the productivity improvements and new value creation.

The company has begun to work on “increasing job satisfaction” as the next step after “enhancing the ease of working” in order to allow the active participation of diverse human resources. They will focus on fostering career awareness among individuals and strengthening diversity management among managers, with the aim of realizing common goals while respecting individual values. For women’s advancement, the company is motivating female employees by not only improving their retainment but also their skills and percentage in management positions.

Many seminars were also held in addition to general support for balancing work. While face-to-face training was not possible due to the COVID-19 pandemic, the company promptly switched to and conducted online seminars, including measures to support career development, MBA mini courses for women, and subordinate cultivation seminars for managers. This has led to improvements in women’s career motivation and manager awareness of subordinate development.

Due to the accelerated use of telecommuting and spread of new workstyles during the COVID-19 pandemic, the company conducted a telecommuting survey to identify the benefits and drawbacks. Most of those surveyed agreed that all work could be handled at home. Some of the benefits were a reduced commute and travel time, more time with families, increased work concentration and improved work productivity.

Meanwhile, drawbacks included communication problems, the work environment and network devices at home, and responding to external customers. In particular, they highlighted problems related to how to communicate. Even when it is not possible to meet face-to-face, it is best to utilize various methods to enhance communication. In terms of environments, preparing homes unsuitable for working (small, cohabiting family members) and networks is essential to prevent decreases in work effectiveness and efficiency. In addition, the discovery that management became difficult as the frequency of telecommuting increased, while once or twice a week caused no problems, will surely prove useful for its implementation post-COVID-19. One major management issue is harassment. In recent years, this has also become one of the biggest problems for many companies. In order to respond to the harassment prevention measures required through legal amendments, the company added new prohibition clauses for power harassment and SOGI harassment※1 in its employment regulations. I also commend the company for making employees aware of the penalties for harassment, and that they may be held accountable for turning a blind eye to it. With levels of harassment failing to decrease, managers will continue to be required to raise awareness and conduct prevention activities. I hope that the company will continue to respond flexibly to the rapidly changing social and business environments, and provide support to allow diverse human resources to play healthy and active roles. 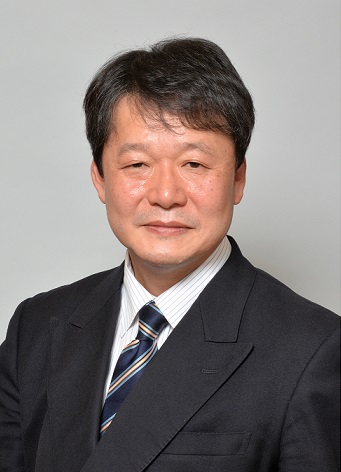 Thank you for taking a proper look at the Group’s initiatives. We will consider your feedback and use it for making improvements. In the countries and regions where Yokohama Rubber operates, we will continue to provide information to our employees and business partners to protect their safety and health against the occurrence of natural disasters and COVID-19, in addition to workstyles reforms and mutual communication.
As stated in the YX2023 medium-term management plan from the Message from the President, each and every employee aims to achieve the CSR slogan “Caring for the Future” by promoting “deepening and exploring” for new value creation and ESG management in an integrated manner. In response to the drastic changes in the mobility society and carbon neutrality, we would like to promote the presentation to stakeholders of medium and long-term targets and a vision that will lead to the social issue resolution in the initiatives supporting our business.
In addition to creating safe and secure workplaces as previously mentioned, we will strive to become a company where diverse human resources are welcome and can continue working for a long time as a part of global diversity.

Gota Matsuo
Member of the Board and Managing Officer, Head of Corporate Social Responsibility Division