The Global Reporting Initiative (GRI), an international non-government organization (NGO) that develops and disseminates globally applicable “Sustainability Reporting Guidelines”, released the revised Version 4 of its GRI Guidelines (G4) in May of 2013. The content of G4 has shifted away from the “exhaustive disclosure of information” demanded previously. Instead, it demands the “disclosure of information that focuses on important issues (material aspects)”. By deeper involvement of management in CSR activities, this development aims to have business proactively possess opinions, and for the content of information reported in CSR reports to be fixed. Because GRI shall demand the preparation of G4 rather than G3 reports from 2016 onwards, Yokohama Rubber is advancing preparations in accordance with the following steps so as to prepare for G4 reporting.
With respect to the “important issues (materiality)” determined for this company, it is planned that such shall be reported upon both on the CSR Web. Starting in 2020, we have reorganized parts of the structure in accordance with the GRI Standards.
Please see STEP4 for the response to important issues and GRI standards.

Focus was placed upon the G4 demands with respect to current information disclosure levels (CSR Report 2013). The current situation was grasped vis--vis the content and processes of both responsive and unresponsive items.
(conducted January 2014)

Analysis was conducted in accordance with this company’s industries, business sectors and business regions. After completion of this analysis, the G4 gap analysis priority was assigned vis--vis those issues identified through discussions with related business units.
(conducted January - February, 2014)

The "Supplier Environmental Evaluation" Aspect: For Yokohama Rubber, a company that procures natural rubber as a raw material, there is the necessity to consider that hidden human rights risks might exist within the upper reaches of supplier chains extending beyond its scope. Moreover, if wide-ranging business activities conducted in numerous regions encompassing both developed and developing nations are considered, such risks might be easily exposed. Through coordination in-house with the parties responsible for such matters, "human rights risk" was evaluated as being "a very important aspect" for Yokohama Rubber.

Interview research was conducted among five stakeholders. From the perspective of what each of these individuals considered to be important issues (material aspects), a gap analysis priority was assigned based upon the research results.
(conducted February - March, 2014, titles are for that period) 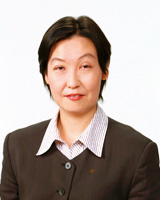 Ms. Mariko Kawaguchi
Chief Researcher Research Division, Daiwa Institute of Research Ltd.
Ms. Kawaguchi has advised countless corporations on how to achieve a sustainable society from the perspective of corporate social responsibilities (CSR) and socially responsible investments (SRI).
I would like to draw attention to anti-corruption, in addition to those other important issues of human rights, diversity, equal pay, complaint processing systems, and the protection of customer’s privacy. There is no dedicated government ministry in Japan that covers anti-corruption matters, and other countries pay much more attention to the issue of anti-corruption than we do in Japan. The UN Global Compact even has an independent provision on the issue. With globalization advancing today anti-corruption has become an even more important issue, and companies need to have a clear policy on anti-corruption and response measures in place. 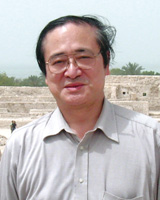 Mr. Kenichi Kumagai
Member of the Editorial and Planning Committee, The Japan Association for Advancement of ILO Activities
Member of the International Drafting Committee Mr. Kumagai is actively involved in domestic and international deliberations on ISO26000 through its involvement as member of various committees. He is also a member of the Japan Labor Law Association.
Today, companies need to understand what parts of occupational safety and health and labor relations that society as a whole has an interest in and disclose information as necessary. For example, there is a strong interest in mental health initiatives among all companies. By disclosing that labor-management consultations have been carried out continuously, Yokohama Rubber will be able to correctly convey that it respects the rights of workers when expanding overseas. Additionally, the proactive appointment of female board members will be essential as Yokohama Rubber steps up its global expansion in the future. 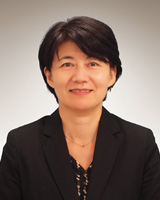 Ms. Kaori Kuroda
Executive Director CSO Network Japan
Ms. Kuroda is an expert in community involvement and development. She established a regional forum with farmers and other community members in Fukushima Prefecture that is broadening exchange with other parts of Asia.
Today, a company should integrate social responsibility throughout the company and practice it in its value chain. For example, in areas that produce raw materials, such as rubber plantations, a company needs to pay a great deal of attention to human rights risks it may be susceptible to. A company must also convey that it has established a proper grievance mechanism for its own use and of its stakeholders. A company must be much more sensitive about human rights issues when expanding its operation globally. 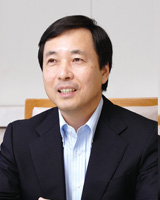 Mr. Masao Seki
Associate Professor, School of Business Administration, Meiji University Senior Adviser on CSR, Sompo Japan Insurance Inc.
Mr. Seki was involved in the creation of ISO26000 as a representative of Japanese business. He also participates in various discussions on the topic of sustainable development at various international conferences.
An important perspective to keep in mind when expanding business operations into various regions is the extent to which the company contributes to local employment. Contributions to employment represent a topic of strong interest both in Japan and abroad and companies should be well aware of this. Additionally, educating consumers about sustainable consumption is another topic that must be remembered when aiming to realize a sustainable society. For example, Yokohama Rubber should tackle the challenge of communicating enhancements in its brand by appealing to consumers about its consideration of ecosystems and other matters. 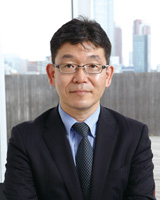 Mr. Keisuke Takegahara
General Manager Environmental Initiative & Corporate Social Responsibility Support Department Development Bank of Japan Inc.
Mr. Takegahara lived in Frankfurt, Germany for a total of six years and is known as one of Japan’s foremost experts in environmental finance, having development the Development Bank of Japan’s environmental loan rating system.
In identifying important issues, a company needs to consider not only the unique characteristics of its location, but also the time frame. For example, a company may be aware of the regional risks and in control of these risks at the present time, but once the weight of emerging markets increases over the medium to long term, the risks that are currently under control could grow into much larger ones. In that sense, I would like Yokohama Rubber to get the message out about both its current issues and management reporting as well as its medium- to long-term vision and awareness of issues.

Important issues were determined for FY2014 based on the degree of importance analysis, research, and discussions conducted in Steps 2 and 3.
The important issues (materiality) determined are as follows.
We will focus on specific items among these and establish them as KPI as we work towards ongoing improvements by implementing the PDCA cycle. 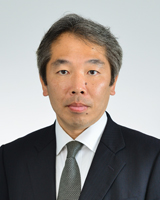 Mr. Hiroki Uchida, Senior Researcher, Cre-en Incorporated
We have supported Steps 1 through 4 from in preparation for G4 support. While we will implement management in line with self-set KPIs going forward, we hope to achieve certain spiraling up through the PDCA cycle and continue well-balanced CSR initiatives without becoming overly satisfied with what has been achieved. In doing so, we would like to create examples of initiatives unique to Yokohama Rubber in the areas selected for materiality through cross-company management and communicate these cases through information disclosure. In addition, by also continuing the initiatives up until now while conducting timely information disclosure in the areas selected for materiality, we aim to steadily improve the level of activities overall.