Pioneering technologies in the MB segment

Yokohama Rubber’s pioneering spirit has not been limited to its tire business. Yokohama Rubber’s MB (Multiple Business) operations also have a long history of developing cutting-edge technologies and products that have contributed to social infrastructure. 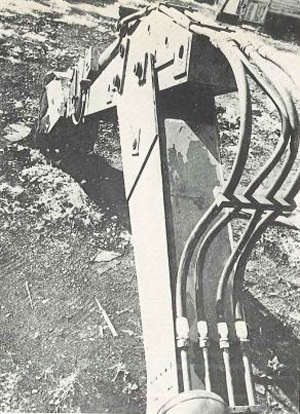 In 1960s, Yokohama Rubber dominated the market for high-pressure hoses used in hydraulic equipment, with about a 60% market share achieved through the use of a new manufacturing method for winding wire into a spiral shape. Also in 1960s, Yokohama Rubber developed unique systems for designing high-pressure hoses for a wide range of applications. In addition, extending the temperature range at which the hoses can be used enabled us to lower their weight and increase their flexibility and meet the detailed needs for hydraulic equipment design.

Yokohama Rubber unveiled Japan’s first steel cord conveyor belt in 1952. Since then, we have developed conveyor belts that meet diverse needs, including oil and heat resistant conveyor belts, vinyl belts, package belts, and flame-retardant belts. Particularly noteworthy is the conveyor belt we supplied for the world's longest conveyor system, with a span of 13.136m. The system attracted worldwide attention when it was installed at a New Caledonia nickel mine in 1970. 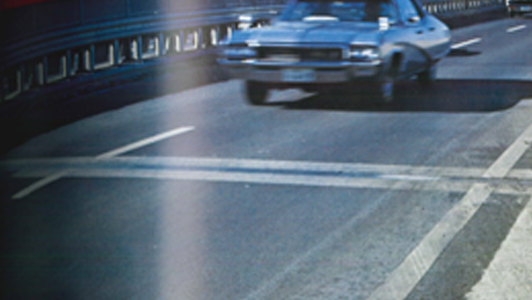 In the early 1960s, when expressway construction in Japan was proceeding ahead of the 1964 Tokyo Olympics, Yokohama Rubber announced it had developed a new road expansion joint with stretchability (seismic isolation and deformation tracking), quietness when cars pass over the joint, and other qualities not found in conventional copper joints. The first application of the new road expansion joint was on Hamazaki Bridge on the Tokyo Metropolitan (Shuto) Expressway. It has since been adopted for use on many expressways, including the Meishin, Chuo, and Tomei Expressways, and on ordinary highways. 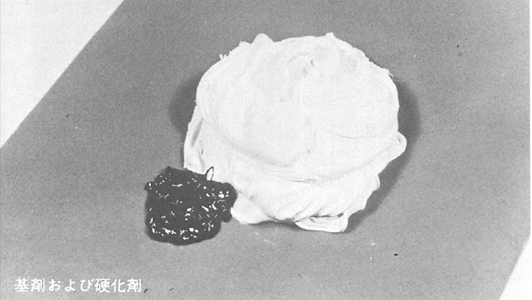 In 1958, Yokohama Rubber developed Hamatite industrial sealants and adhesives for use under a wide variety of conditions and performance requirements. Hamatite was first adopted as an adhesive used in the construction of a high-rise building (43 above-ground floors) to be constructed in Tokyo’s Shinjuku district. Hamatite drew attention in 1975 when it was the only product from the top five makers of industrial sealants and adhesives to clear the most stringent standards for durability (withstand 30% repeated expansion and contraction at a temperature of 90°C) imposed under the Japan Industrial Standards newly enacted test for durability (JIS A 5757).

Yokohama Rubber started up its aerospace products business in the 1950s and over the years has developed a variety of products used in airplanes, including high-pressure hoses, water tanks, aluminum honeycomb panels, flotation materials, air cargo tarpaulins, and lavatory modules. Yokohama Rubber began research into composite prepregs for use in aircraft in 1973 and in 1980 became the first Japanese company to win certification from Boeing, the world’s largest aircraft maker, for the use of its prepreg as an aircraft body material.