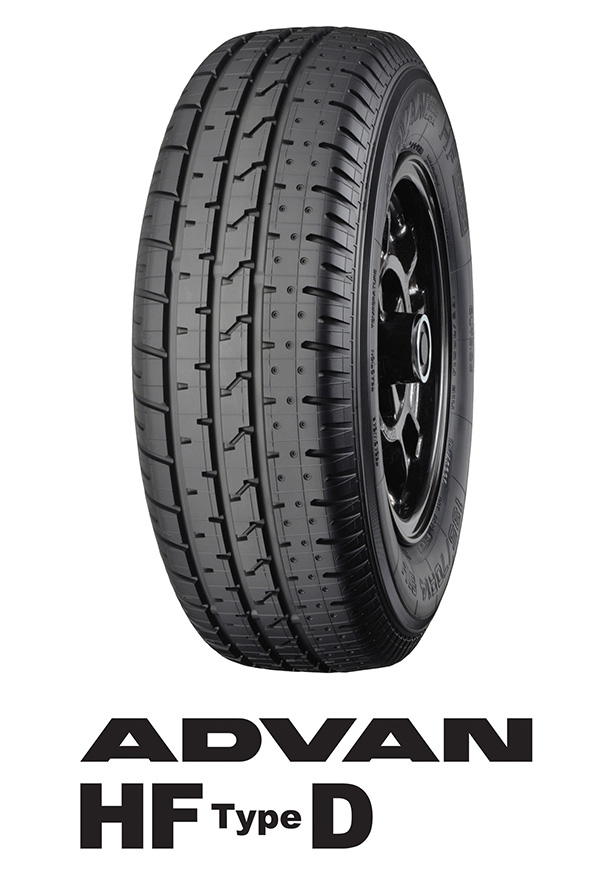 In 1978, launched sales of ADVAN HF for passenger cars

In 1976, European tire product reviews stated that the wet performance of passenger-car radial tires from Japan was poor. Yokohama Rubber accepted this technical challenge and developed the tire with the world’s highest level of wet performance?the ADVAN-HF, which was then introduced to the market in 1978. The first tire in the ADVAN series, the ADVAN-HF was designed to provide superior grip in wet and dry conditions and became Japan’s first sports radial tire, opening up a new genre in Japan’s tire market.

Focusing on a customer base that was changing with the times, in the latter 1970s Yokohama Rubber began developing tires that appealed to young people who preferred cars with a high hobby nature. At the same time, Yokohama Rubber became the first tire maker to adopt the strategy of “selling tires as branded products.” Soon thereafter, Yokohama Rubber took the industry by storm when it launched its “three-brand strategy.”

In 1980, Yokohama Rubber launched its ASPEC tire, which delivered the comfortable and quiet ride required by popular European high-performance vehicles. At about the same time, we solidified our three-brand strategy by clarifying the target audience for each of our three brands. The ADVAN brand was targeted at drivers demanding superior rolling performance. The ASPEC brand was for users seeking a new brand mania, and G.T. SPECIAL (later renamed the GRAND PRIX) was Yokohama Rubber’s basic brand. 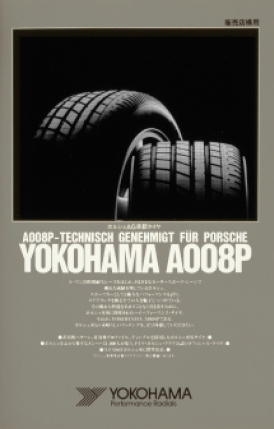 In addition to supplying tires for motor sports, Yokohama Rubber further promoted the brand image of “YOKOHAMA = High Performance” when it introduced the YOKOHAMA A008 tires, which featured a unique asymmetric tread pattern with a slick outside pattern and an inner tread designed to enhance wet performance in rainy conditions. YOKOHAMA A008’s popularity in many European countries led to it receiving Porsche’s technical certification in 1988, paving the road for YOKOHAMA tires receiving technical certification from many other European carmakers. 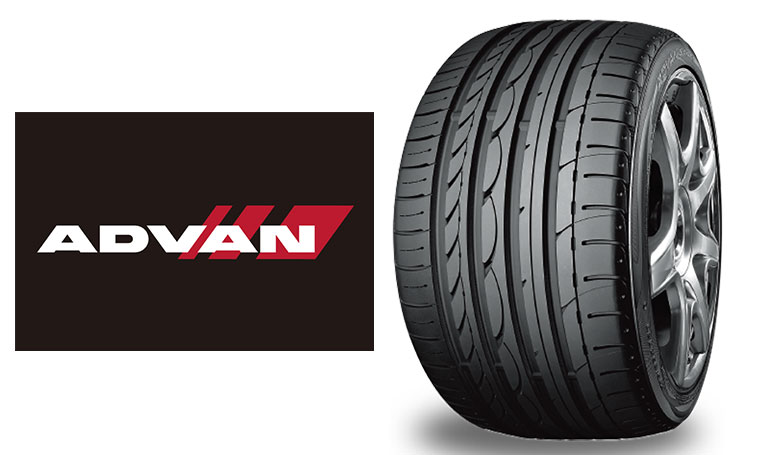 In 2005, Yokohama Rubber began promoting ADVAN as its global strategic brand. In the 40 years since the first ADVAN tire’s release, Yokohama Rubber has continually enhanced the brand’s image by building an expansive brand lineup, promoting the tires’ use as original equipment in new high-performance cars around the world, and supplying the tires to cars competing in the world’s major motor sports events. As a result, ADVAN has become the company’s global flagship brand that epitomizes the superior performance, high quality, and cutting-edge technologies for which Yokohama Rubber has become known.